THE COMPANY OF THE GALLOWS 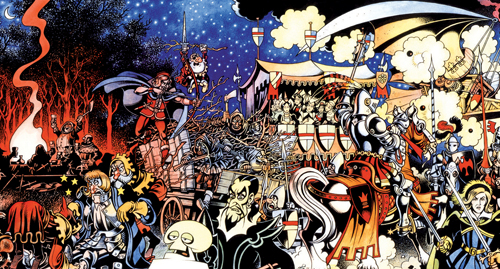 After the Unknown was knocked out in the sixth episode, Magnus gets back the urge to entertain a younger crowd and to find funny characters as he had done in the past for children aged 12 years and over.

The Company of the Gallows is a jumble of shabby mercenary during the era of Lorenzo the Magnificent, almost Renaissance, when Dracula the Voivode reigned in Transylvania and England fought the war of the Roses.

Magnus experiences a kind of complex narrative, which interweaves multiple stories recounted in great detail.
It is the Odyssey and the diaspora of a gang of seven soldiers of fortune engaged in a hard struggle against the forces of the Dark Lord, while in desperate search of the final reunion. The most striking aspect is the invention of dozens of minor characters different from one another, occupying the scenes with independent events.

The saga developed in 18 episodes, debuted in April 1977 in the format pocket edited by GEIS of Renzo Barbieri and ended early in July 1979 with a final double episode called the showdown.

Reprints:
in 1987 by Alessandro publisher an edition reassembled in 8 squares in 10 large-format volumes with unpublished covers.
A subsequent reprinting in 1992 by Granata Press in the original format of two squares with covers made specially for the occasion.
In 2005 for Panini Comics 10 double volumes in pocket format and the complete edition in two volumes in large format by Rizzoli Lizard. The first volume came out in March 2015 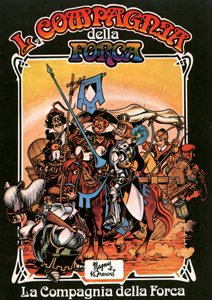 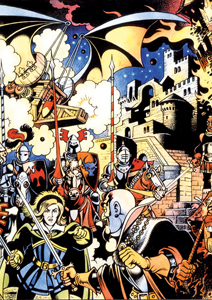 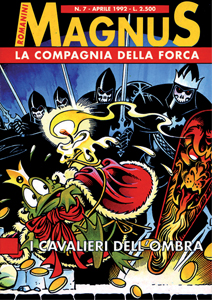 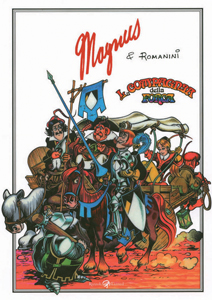