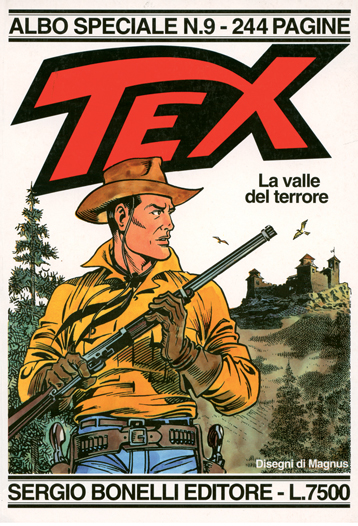 From the very beginning Magnus’ Texone was meant to be a most affectionate and as respectful as possible tribute to the great Texian tradition created by Gianluigi Bonelli and Aurelio Galeppini in 1948.
Never for a moment Magnus thought of changing this character to make it his own, modifying his ways of speech and behavior, thus betraying its original spirit. He instead chose to deal with it with extreme modesty and eventually decided to give the audience an authentic comic adventure.

In this work Magnus drew time, as the miracle of narrative representation. Here time becomes style and rigorous, rigid and perfect substance. This story takes place during many years even though we will see only the epilogue. There aren’t so many comic stories which took seven years to be realized. Time is again the main subject.

How not to notice that the final scene takes place in the rain and ends, as the opening, during a night thunderstorm.
A circular path leading back to the beginning. Just like Magnus’ career begins with a popular comic, then follows its own independent artistic path, and finally goes back to the most classic of the popular comics: Tex.

“I studied obsessively every subject, every room, every landscape. I even analyzed the woods and forests that are of great importance in the history. I have tried to capture their different appearance in daylight and in the dark of night, at full moon and with the moon covered, in such a way that even a simple shooting, already seen a thousand times by the reader, becomes unusual and fascinating thanks to a sophisticated play of lights.
Why did I draw Tex? Because it was a good banner under which to fall. Having to fall, might as well fall at Alamo.’’ ( Magnus) 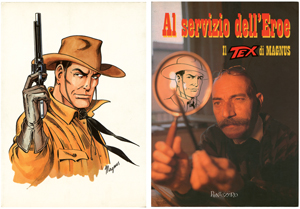 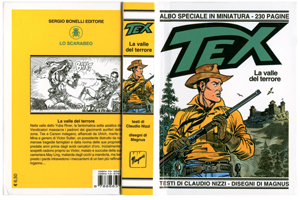 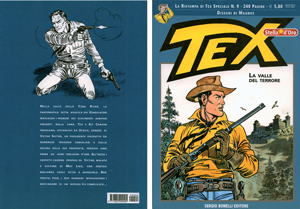 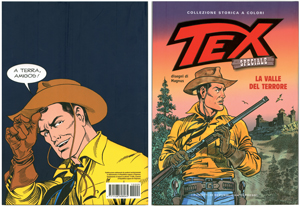 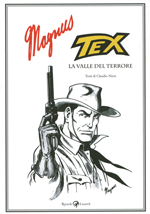