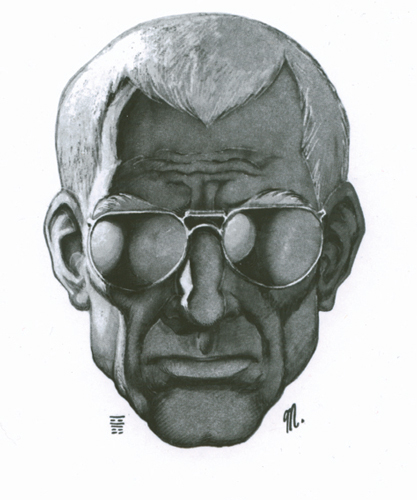 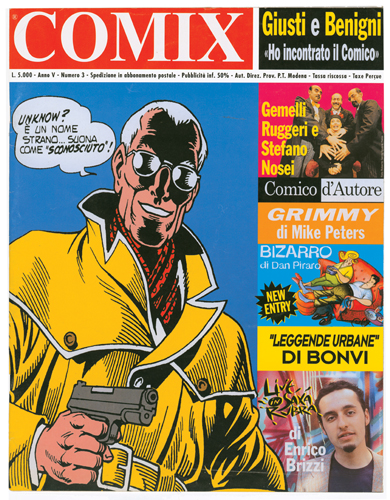 The first episode of the dramatic series “Lo sconosciuto” came out for sale in July 1975.
Magnus signed it with an exagram from the I Ching: “The wanderer”.” The one who must travel along a path where only fate can help him find his destination ”

The protagonist is an ex mercenary, legionary soldier with an heroic but criminal past who, having reached middle age, finds himself isolated and lonely. Tired of oppression and death, he tries in vain to live for the day, but always ends up being sucked into a whirlwind of violence.
Because of his wartime past he is tormented by insomnia. Being used to face death calmly and more or less indifferent to everything, the Unknown does not have the means to be able to achieve any individual victory in a world ruled by money, where everything seems to be falling apart.

The stories of the Unknown are fictional documentaries in which the author expresses his point of view and his disillusion. His ability to play down every situation and find peace is remarkable; The Unknown is the only character of all his works to which Magnus entrusts his bitter worldview.

Our hero moves from Marrakech to Rome, from Mont-Saint Michel to Haiti, finally landing in Beirut. He accepts odd jobs , he is often touched by the idea of committing suicide; he hits and kills not to be killed.

The sixth story of the first cycle, published in January 1976, ends badly : the Unknown is hit by two bullets. This event is not particularly emphasized, nor painted as tragic: the protagonist’s last thoughts consisting only of a small regret.

In 1981 Bonvi and Red Ronnie invite Magnus to work with them for the insert of the local Newspaper Il Resto del Carlino, called Strips and Music.

Magnus produced two stories in episodes called : ” Tales of the Unknown”, where the Unkown is not a character but just the story teller. ” Una partita impegnativa” ” A challenging game” is the chronicle of a journey about drug smuggling and ” Il volo del Lac Leman” The Lac Leman Flight” is the report of the hijacking of a plane.

Fate saves the Unknown once again ,thanks to a surgery that leaves him without a kidney and with a shortened intestine , but alive and ready to go.

Roaming aimlessly, fate takes him to Egypt along the Nile, where he goes back to his mercenary life at the orders of an espionage organization called Shield. From Egypt he ends up in Bolivia among cocaine traffickers, revolutionaries and exiled Nazis. In the issue of 1984 once again the Unknown comes out of his latest adventure in pieces, with broken teeth and a messed up face.

The saga ends in January 1996 with the episode ” In the Meantime “.The Unknown, smiling and optimistic, departs at sunset, under the falling snow in a park in NY; his smile reveals new teeth and he’s holding a nice nest egg in his pocket. 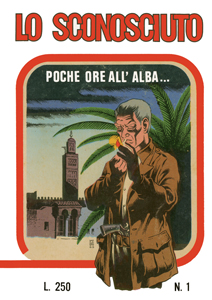 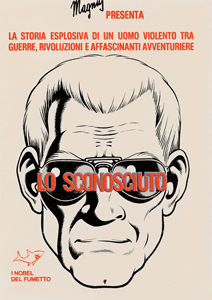 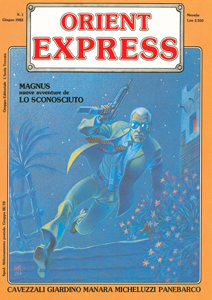 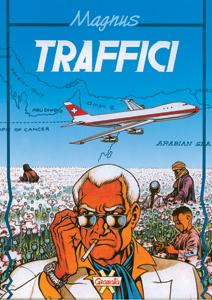 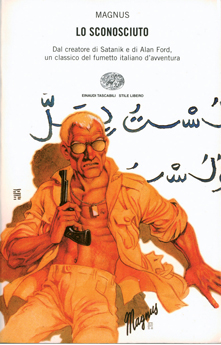 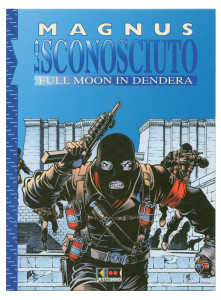 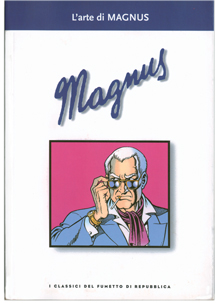